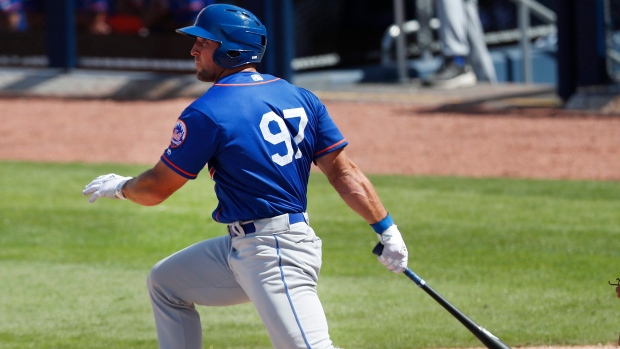 The former Heisman Trophy winner and NFL quarterback will start his pro baseball season with the Mets' Class A franchise in Columbia.

The 29-year-old Tebow has been in spring training with the Mets and is hitting .235 with four hits in 17 at-bats. He'll break camp the first week in April and join the Fireflies when they open play on April 6 in a four-game series with Augusta in the South Atlantic League.

Fireflies President John Katz expects Tebow to add extra buzz to the team and the city. The club says the outfielder will wear his football number, No. 15, with the Fireflies.

Tebow signed with the Mets on Sept. 8 and participated in three Florida Instructional League games. He played in 19 contests in the Arizona Fall League.