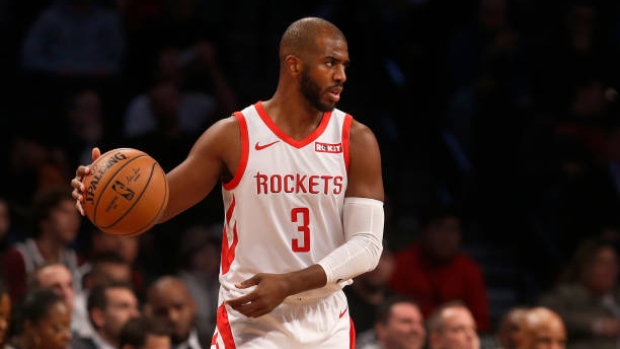 It appears trade talks between the Oklahoma City Thunder and Miami Heat on Chris Paul are being held up on draft picks.

Brian Windhorst of ESPN said Monday the Heat are looking to recoup one of their first-round picks back from Thunder in any deal, and, while Oklahoma City is willing comply, they want another future first-rounder from the Heat in return.

“When you talk about him potentially going to the Miami Heat, which is his preference, one thing I’ve been told in the talks; the fact that the Thunder hold the two of the Heat’s first-round picks in the future - unprotected 2021, protected 2023 - makes this a difficult conversation because the Heat want those picks back,” Windhorst said on SportsCenter. “The Thunder have expressed an interest in giving one of those picks back but they would want another pick farther off into the future. So I do think that these teams have a lot to talk about.”

Paul was acquired by the Thunder last week in the deal which sent Russell Westbrook to the Thunder. The 34-year-old has three years and $124 million left on his contract, which is limiting his trade market for the Thunder.

ESPN's Adrian Wojnarowski said last week the Thunder are hoping Paul does play in a game for them this season.