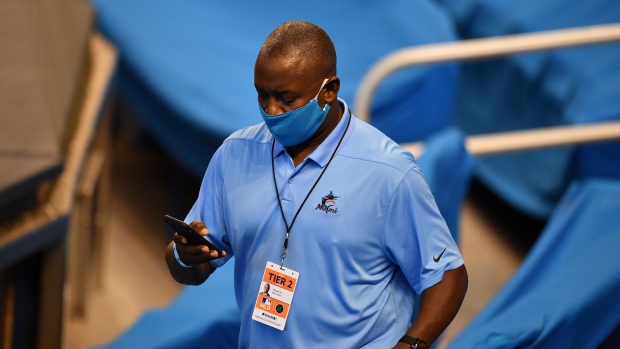 Hill was president of baseball operations for the past six years and provided continuity after a 2017 change in ownership, but his contract expired and he will not be back next season, CEO Derek Jeter said Sunday.

“I had to approach this as a new negotiation,” Jeter said. “We had conversations over the last week or so, and I just felt it would be best for the organization at this particular time to move on without Mike.”

Candidates to replace Hill could include Marlins vice-president Gary Denbo.

Hill joined the Marlins' front office in 2002, and the next year they won the World Series. But this year's 31-29 finish was their first above .500 since 2009, and they made the playoffs for the first time in 17 years.

Hill helped steer the Marlins through a coronavirus outbreak that nearly derailed their season. The Marlins beat the Chicago Cubs in the wild-card round of the playoffs before being eliminated by Atlanta and exceeded all outside expectations with a young, patchwork roster one year after losing 105 games.

“It was a great step for us as an organization to see some of the progress we have made over the last three years,” Jeter said.

Hill was general manager for six seasons before becoming president of baseball operations, and he retained that title even as Jeter overhauled the organizational structure.

“The roles and the responsibilities have changed since we’ve gotten here,” Jeter said. “I think we’ve done a pretty good job of building each department of baseball operations.”

Hill had a hand in the record $325 million, 13-year contract Giancarlo Stanton signed with the Marlins in 2014. He later was involved in trading Stanton and All-Stars Christian Yelich, Marcell Ozuna, Dee Gordon and J.T. Realmuto as the Marlins rebuilt from the farm system up under Jeter.