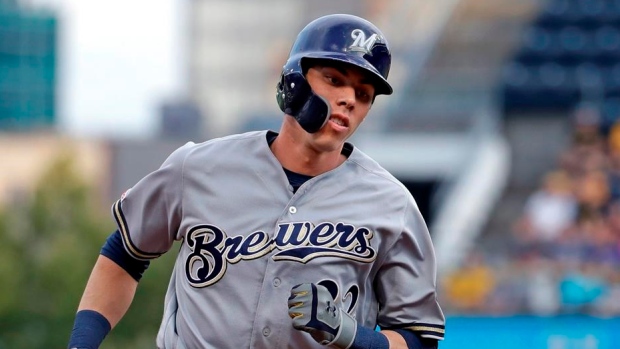 The Milwaukee Brewers are close to an agreement on a nine-year contract extension in the $215 million range with outfielder Christian Yelich, according to Ken Rosenthal of The Athletic.

The deal is expected to be announced on Friday at the team's Spring Training facility.

Yelich has two years left on his current deal with a club option for a third season.  He is scheduled to make $12.5 million this season, $14 million next season and $15 million in the option season of the contract.

The 28-year-old captured the National League MVP award in 2018 after posing 36 homers and 110 RBIs with a league leading .326 batting average for the Brewers.

Last season, Yelich hit 44 homers with 97 RBIs and once again led the league with a .329 batting average.  He finished second in voting for the MVP award.

The Brewers acquired Yelich from the Miami Marlins in January of 2018 in a deal for Monte Harrison, Lewis Brinson, Isan Diaz and Jordan Yamamoto.