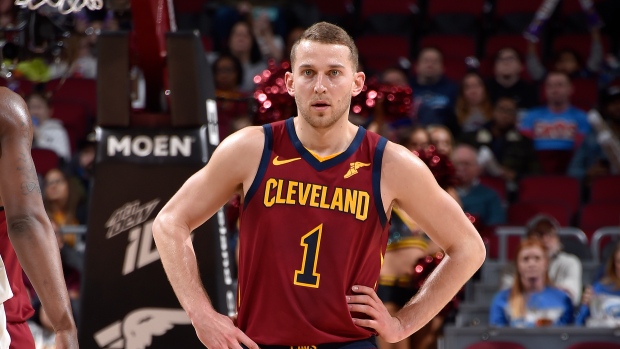 The Milwaukee Bucks have agreed to a one-year deal with Canadian Nik Stauskas according to ESPN's Zach Lowe.

The Milwaukee Bucks have agreed to a one-year deal with former No. 8 pick Nik Stauskas, his agent, Mark Bartelstein of @PrioritySports tells ESPN.

The Mississauga, Ont., native has bounced around quite a bit throughout his NBA career. After being drafted by Sacramento and playing his rookie campaign there, Stauskas was dealt to the Philadelphia 76ers, where he spent the next two-plus seasons. He has also appeared in games for the Brooklyn Nets, Portland Trail Blazers and Cleveland Cavaliers. He spent last season playing overseas in Spain.

The 27-year-old was selected eighth overall by the Kings out of the University of Michigan in the 2014 NBA Draft.

For his career, Stauskas averages 6.8 points per game on 35.3 per cent shooting from beyond the arc.