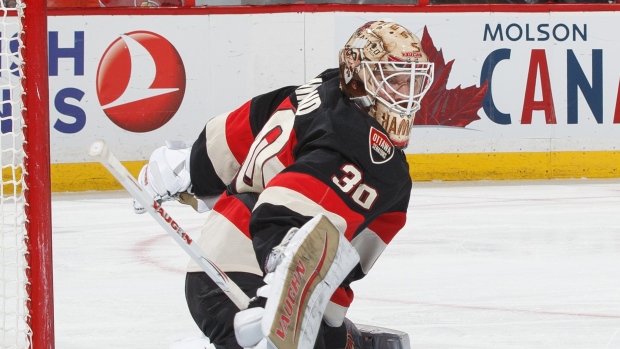 The Minnesota Wild are close to signing veteran goalie Andrew Hammond according to The Athletic's Michael Russo.

Hearing #mnwild are close to signing veteran goalie Andrew Hammond, which may mean Alex Stalock’s hurt entering camp. I heard he hasn’t been on the ice.

Opens door for Kaapo Kahkonen to back up Cam Talbot; Hammond’s played 56 NHL games, was tandem w/ Kahkonen in 18-19 in Iowa.

The 32-year-old netminder has played a total of 56 games spread across five different seasons in the NHL. Fifty-five of those games were spent with the Ottawa Senators, while Hammond also played one game for the Colorado Avalanche during the 2017-18 campaign.

He owns a career save percentage of .923 and a goals-against average of 2.31 for his NHL career.

The Surrey, B.C., native spent last season with the AHL's Rochester Americans, posting a .908 save percentage of 2.53 GAA.