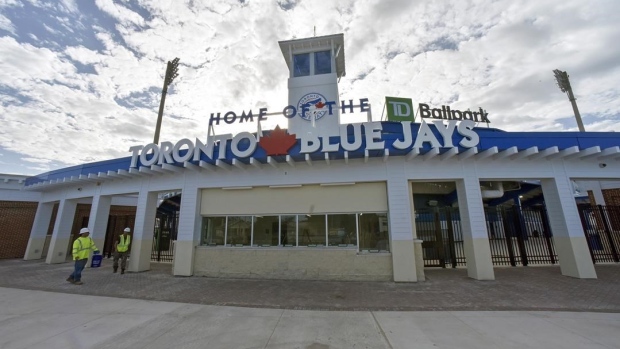 No one knows when baseball will return in 2020 -- if at all -- but if it does, it could look very different than in years past.

According to USA Today's Bob Nightengale, MLB is considering a radical division re-alignment to coincide with a shorter season.

Nightengale writes that under one of many proposals, baseball would essentially eliminate the American and National Leagues for the 2020 season and realign the league based on the geography of teams' spring training homes scattered throughout Florida and Arizona.

This would minimize travel and make things logistically easier for the league as it faces a number of challenges in an effort to begin the 2020 season. Games would be played without fans.

Under the proposed realignment, Nightengale reports the Toronto Blue Jays would be slotted into the Grapefruit League East with the New York Yankees, Pittsburgh Pirates, Philadelphia Phillies and Detroit Tigers. Team would go back to spring training for an abbreviated period before beginning the regular season.

Nightengale adds that earlier start times and doubleheaders are also possible for MLB to squeeze in as many games as they can for 2020 should the league be cleared to begin playing. He also adds Marlins Park in Miami, Tropicana Field in St. Petersburg and Chase Field in Phoenix could be used in addition to spring facilities, leaving MLB with 26 possible locations to play games.

Earlier this week, ESPN's Jeff Passan reported the MLB was considering a plan to start the regular season in either late May or early June in Arizona. The MLB released a statement shortly after saying it was considering a number of scenarios but no concrete plan is in place as of yet.

Opening Day was originally scheduled for March 26 before the COVID-19 pandemic forced MLB and practically the entire sports world to suspend or postpone play.