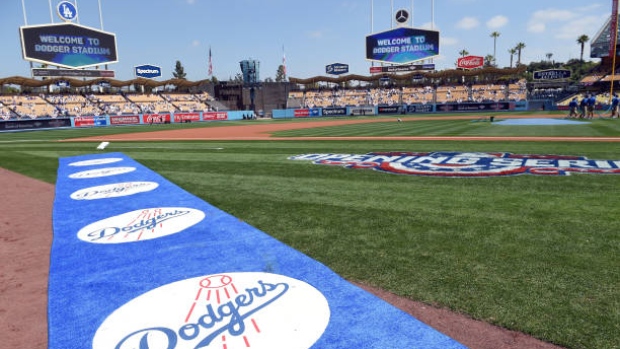 When Major League Baseball announced its plan to play the 2020 regular season at teams’ home ballparks, many were skeptical this could be done without large-scale setbacks due to COVID-19. Given what’s happened with the St. Louis Cardinals and Miami Marlins recently, it looks like the league could reverse course come playoff time.

According to Jeff Passan of ESPN, the MLB has held preliminary discussions about holding its postseason in a bubble-type format out of fear that a similar situation with the Cardinals and Marlins could happen in the playoffs.

Passan reports that a full bubble like the NBA’s campus environment at Disney World in Orlando would be difficult for MLB, but a hub city structure similar to the format the NHL has adopted in Edmonton and Toronto is gaining traction.

Passan adds MLB would need at least three potential hub cities because of their decision to expand the playoffs to 16 teams beginning this season. This would be reduced to two and eventually one as the playoffs progress. Remaining in a select number of cities would reduce air travel for teams and would also limit different hotel stays.

Given their status as two-team cities, Passan reports Los Angeles, Chicago and New York "would make the most sense" due to stadium availability. A regional setup including multiple cities such as a Philadelphia-Baltimore-Washington combination is also a possibility. He adds that Los Angeles would be the logical choice to host the latter part of the postseason out of cold-weather concern in many eastern or Midwest marks in mid to late October, although no favourite has emerged because of the preliminary nature of discussions.

Knock on wood, but it’s been so far so good for the NBA and NHL returning to play in bubble format. Neither league has announced a positive test in multiple weeks and not one single game has been disrupted by COVID-19. The same can’t be said for baseball.

The Cardinals have not played since July 29 and sit just 2-3 on the season. By comparison, the division-rival Cincinnati Reds have played 16 games. As of now, the Cards are scheduled to resume their season in Chicago on Friday. Earlier on, the Marlins were forced out of action for eight days because of multiple coronavirus cases.

Passan writes MLB did consider a bubble environment in April but did not go far in the planning stages. With the league projected to take in north of $1 billion in playoff television revenue, MLB is highly motivated to avoid a disruption or cancellation to the postseason.

The playoffs are currently scheduled to begin on Sept. 27.