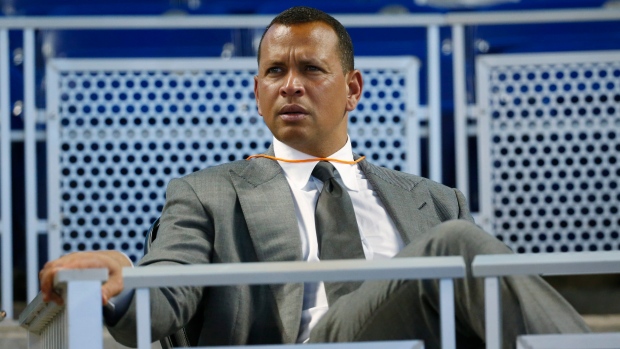 Among the septet is a group led by former MLB star Alex Rodriguez and his fiancée Jennifer Lopez.

Soshnick notes that all potential bidders must sign non-disclosure agreements as part of the process.

The A-Rod/Lopez bid could be buoyed by investment from Florida Panthers owner Vincent Viola and Mike Repole, the founder of Vitaminwater.

The Wilpon family, current owners of the team, thought they had a deal to sell the club in December to hedge fund manager Steve Cohen, but the deal fell apart.

Among others believed to be putting together a bid include Philadelphia 76ers and New Jersey Devils owners Josh Harris and David Blitzer, as well as real estate mogul brothers Simon and David Reuben.

Forbes estimated the value of the Mets earlier this year at $2.4 billion, making them the sixth most valuable franchise in the league.

The league's preference for ownership changes are sales after the World Series and towards the end of the calendar year.