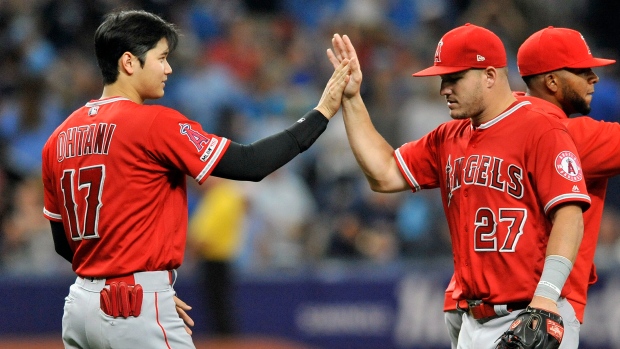 If baseball is able to play its 2020 season, don't expect many doubleheaders on the schedule.

While many viewed planned twin bills as a possible way to cram more games into a drastically shortened regular season period, The Athletic's Jayson Stark reports they won't be part of MLB's season schedule, which has not been released yet.

Stark points out that health and safety protocols advise teams spend as little time at ballparks as possible, meaning the league will want to avoid scheduling extra long days for teams and players.

That doesn't mean we won't see doubleheaders, though. Stark adds that with 60 games set to take place over a period of only 66 days, postponements will almost certainly need to be made up with a doubleheader as off-days to choose from are few and far between. If the league planned twin bills as part of its schedule, it would provide another hurdle to schedule potential make-up doubleheaders.

MLB released a statement Tuesday night saying players will report to spring training on July 1. The league intends on beginning its 2020 regular season -- should it be deemed safe to do so -- on either July 23 or 24.

Opening Day was originally scheduled for March 26 before the COVID-19 pandemic pushed back play indefinitely.