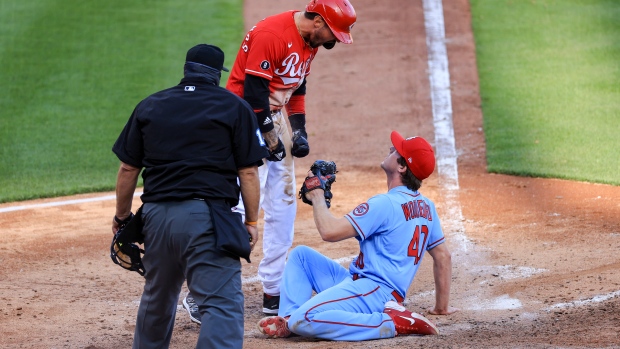 The appeal on Cincinnati outfielder Nick Castellanos’ two-game suspension has been denied, sources tell @kileymcd and me. He’ll serve both games for what MLB called “his aggressive actions and for instigating a benches-clearing incident” vs St. Louis in the second game this year.

Castellanos was suspended for what MLB called “his aggressive actions and for instigating a benches-clearing incident.” in a game against the St. Louis Cardinals on April 5.

Castellanos was hit by a pitch from Cardinals pitcher Jake Woodford in the fourth inning of the April 3 contest.  After scoring on a wild pitch, The 29-year-old stood over Woodford and then was confronted by catcher Yadier Molina leading to both benches clearing.

MLB cited health-and-safety protocols in their reasoning for the suspension.