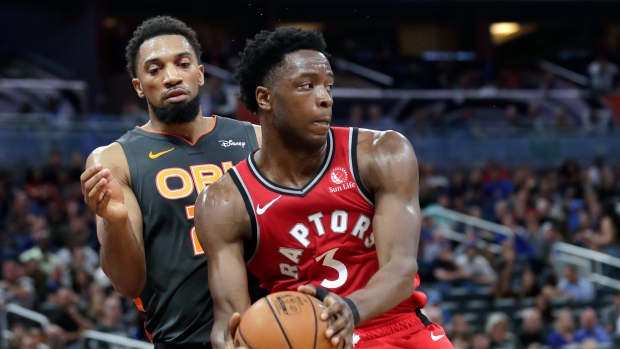 Montreal's Khem Birch is set for a sort of homecoming.

The Athletic's Shams Charania reports the Orlando Magic will waive the 28-year-old centre in order for Birch to join the Toronto Raptors where he will get more playing time.

The Orlando Magic are planning to waive center Khem Birch in order to give him an opportunity to play more, with the Toronto Raptors as his likely landing spot, sources tell me and @JoshuaBRobbins. Birch is scheduled to become an unrestricted free agent this offseason.

Birch, in his fourth NBA season, has averaged 19.8 minutes a night over 48 games this season.