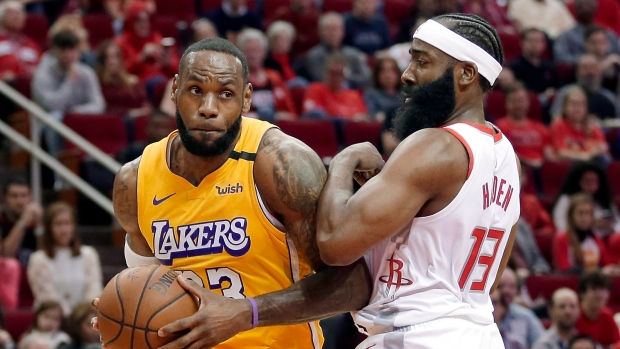 The National Basketball Players Association informed players on Friday they will work with the NBA to conduct COVID-19 testing every night during the resumed season according to The Athletic's Shams Charania.

The testing will likely involved mouth swabs or light nasal swabs and not full invasive nasal swabs. Should a player test positive, they will quarantine for a minimum of seven days.

Charania also reports the league does not plan to shut down the season should a player test positive for the coronavirus. Players are expected to stay inside the league's bubble environment in Orlando, while families are allowed to enter after the first round of the playoffs.

Meanwhile, Charania also reports the NBPA has unanimously approved a 22-team return to play format beginning July 31 at Disney World. The news comes one day after the league's board of governors voted 29-1 to approve the NBA's summer restart plan.

The league and the union will continue to work though a number of details in the next week on the Orlando resumption.

As for the 2020-21 NBA season, reports from earlier in the week indicated the league was planning on beginning the regular season around the start of December but Charania writes the NBPA believes this to be "unlikely." Charania adds they plan to negotiate the date.

The league paused its season on March 11 after Utah Jazz centre Rudy Gobert was revealed to have tested positive for COVID-19.