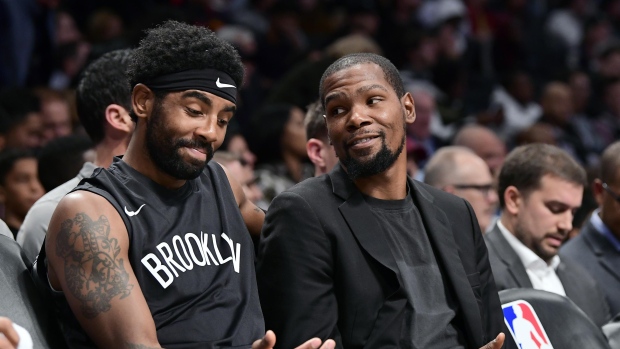 The return of the 2019-20 NBA season is still very much up in the air due to the COVID-19 pandemic, but if it does, it won't involve Brooklyn Nets superstar Kevin Durant, according to ESPN's Adrian Wojnarowski.

Durant, who signed a four-year, $164 million free agent contract with Brooklyn in the summer, will not return this season from his Achilles tendon injury suffered in Game 5 of last year's NBA Finals against the Toronto Raptors.

"Kevin Durant's not coming back to the Nets this year," said Wojnarowski on his podcast, The Woj Pod. "That's not happening...They're not playing him."

The 31-year-old averaged 26 points, 6.4 rebounds and 5.9 assists over 78 games with the Golden State Warriors in 2018-19, his third and final season with the organization.

Durant hasn't played a single game this season as the Nets sit seventh in the Eastern Conference with a 30-34 record.