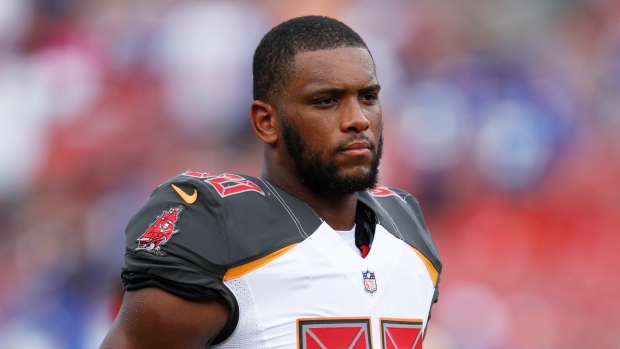 It appears the New England Patriots are looking to make an upgrade at tight end before next week's trade deadline.

According to Albert Breer of the MMQB, "New England already asked, and was told no" by the Tampa Bay Buccaneers on tight end OJ Howard.

Howard, a first-round pick in 2017, has 13 receptions for 176 yards this season for the Buccaneers (2-4). Breer adds that he believes the Patriots will continue to look at options at tight end before next Tuesday's deadline.

The Patriots have used Matt LaCosse, Benjamin Watson, Ryan Izzo and Eric Tomlinson at tight end this year after losing Rob Gronkowski to retirement in the off-season. Izzo leads the group with six catches for 114 yards and a touchdown, though he and LaCosse have already been ruled out of Monday's game against the New York Jets. Watson and Tomlinson are both without a reception this season.

New England enters Monday's game against the Jets with a 6-0 record this season.