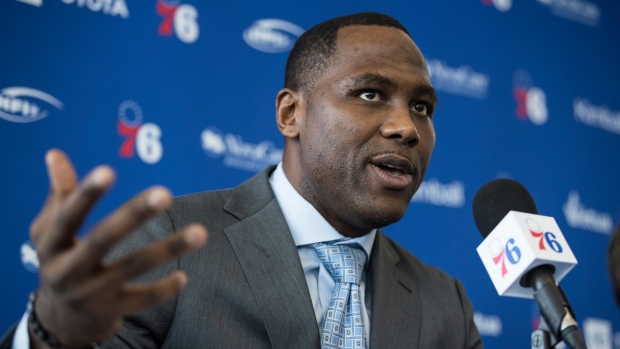 A source told Stefan Bondy of the New York Daily News, that Brand has been targeted by newly hired Knicks president Leon Rose as a candidate for the Knicks job. Complicating Brand’s path the New York, however, is the fact that he’s under contract with the 76ers for the 2020-21 season. According to Bondy's source, Rose wanted to see if Brand was dismissed after the playoffs.

Brand, 41, has served as Philadelphia’s GM since 2018. During his first season at the helm, Brand's 76ers came within one game of reaching the Eastern Conference Finals, losing to the eventual champion Toronto Raptors in seven games during the semi-final round. This season, however, the 76ers posted a 39-26 record, which is tied for the fifth-best record in the Eastern Conference, before the NBA suspended play because of the COVID-19 pandemic. Coming into the season, many expected the 76ers to be one of the top Finals contenders in the East.

Prior to becoming Philadelphia’s GM, Brand, who has occupied a role in the team's front office since 2016, served one year as the general manager of the 76ers’ G League team, the now Delaware Blue Coats. Brand, the first overall pick of the 1999 draft, also played 17 seasons in the NBA, averaging 15.9 points per game and 8.5 rebounds en route to garnering two all-star nominations.