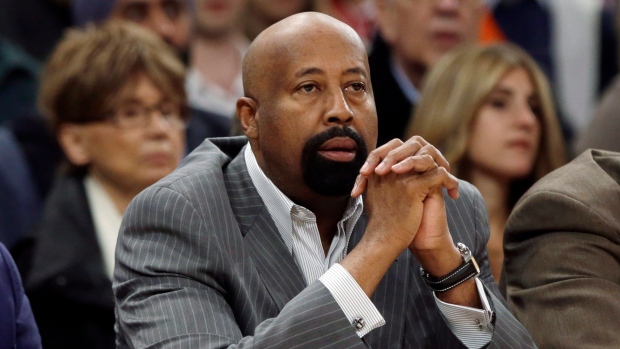 The New York Knicks' coaching search is continuing on Friday with a familiar face.

The Knicks are interviewing Mike Woodson today for their coaching position, according to sources.

Woodson, 62, coached the Knicks for 186 games over three seasons from 2012 to 2014. Woodson posted a 109-79 record over that period, making the playoffs on two occasions. The team's trip to the postseason in 2013 under Woodson was the last time the Knicks made the playoffs.

Prior to joining the Knicks, Woodson spent six seasons as head coach of the Atlanta Hawks, reaching the playoffs three times.

Most recently, Woodson spent four seasons as an assistant under Doc Rivers with the Los Angeles Clippers, resigning after the 2018 season.

A shooting guard out of Indiana, Woodson played 786 NBA games as a player from 1980 to 1991 with the Knicks, New Jersey Nets, Kansas City/Sacramento Kings, Clippers, Houston Rockets and Cleveland Cavaliers.

ESPN's Adrian Wojnarowski reported on Thursday that the Knicks had a formal meeting with leading candidate Tom Thibodeau.