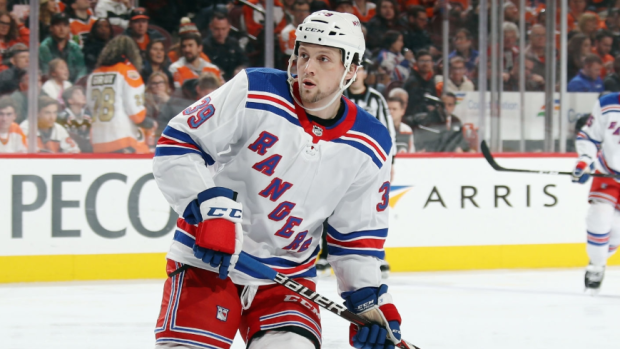 It appears Matt Beleskey will not be given a chance to make the New York Rangers in training camp.

Instead, according to Larry Brooks of the New York Post, the Rangers will assign the 31-year-old winger directly to the AHL this week.

Have learned that Matt Beleskey will be assigned directly to AHL Wolf Pack and thus will not be at NYR camp. Cap charge will be $825,000.

Beleskey appeared in just four games with the Rangers last season, posting one goal. He had five goals and 22 points in 53 games with the AHL's Hartford Wolfpack.

Assigning the veteran to the AHL will leave the Rangers with a cap hit of $825,000 this season, according to Brooks. Beleskey is signed through this season at a cap charge of $1.9 million for the Rangers, since the Boston Bruins retained 50 per cent of his $3.8 million salary in the 2018 deadline day trade between the two teams.