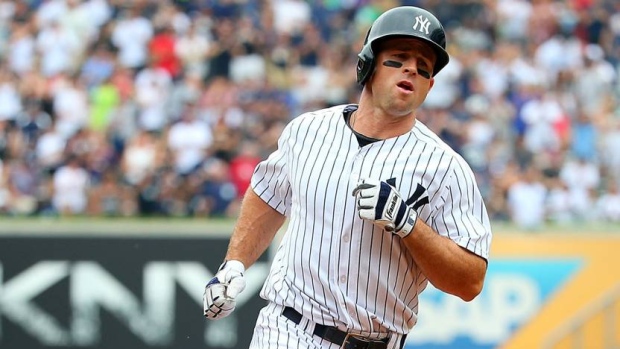 The New York Yankees and free agent outfielder Brett Gardner are talking about a contract extension, according to Jon Heyman of the MLB Network.

Yankees and Brett Gardner are already talking about trying to stay together contractually. Why not? It’s been a fantastic marriage for both. Longest tenured Yankee had career highs in HR (28) and OPS (.829) in 2019.

Garner is the longest-tenured Yankee and had career-highs in home runs (28) and OPS (.829) last season. He was a free agent last winter but returned to the Yanks on a one-year, $7.5 million deal and played a bigger role than expected after several injuries to the Yankees' starters.

Gardner was drafted in the third round of the 2005 MLB Draft.