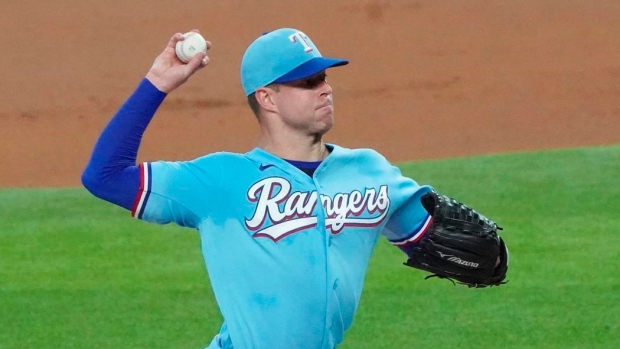 The New York Yankees are finalizing a deal with free-agent pitcher Corey Kluber, according to a report by Jeff Passan of ESPN.

Right-hander Corey Kluber and the New York Yankees are finalizing a deal that will bring the two-time AL Cy Young winner to the Bronx, pending a physical, sources familiar with the agreement tell ESPN.

Pending a physical, the deal will be one-year, $11 million, according to Bob Nightengale of USA Today.

The $11 million contract with Corey Kluber and #Yankees becomes official when he passes his physical.

Kluber, a two-time Cy Young Award winner, only threw one inning for the Texas Rangers in 2020 before suffering a Grade 2 tear of the teres major muscle in the back of his right shoulder.

The 34-year-old was named best pitcher in the American League in 2014 and 2017 while pitching with Cleveland.  He posted an 18-9 record with a 2.44 ERA to capture the award the first time and repeated three years later with an 18-4 record and a league leading 2.25 ERA.

Kluber spent 10 seasons with Cleveland before the Rangers acquired him in a trade for Emmanuel Clase and Delino Deshields.

He has only made eight starts over the last two seasons, losing the majority of the 2019 season to a fractured right ulna, after getting hit with a line drive.