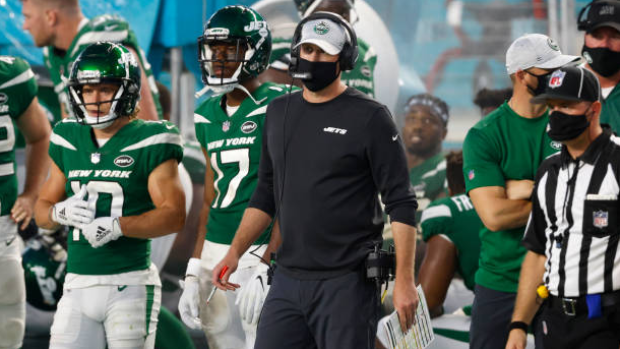 With Steve Sarkisian set to take over the reins at Texas, Alabama is in need of a new offensive coordinator for 2021 and Nick Saban already has his eyes on a pair of candidates for the role.

Saban's relationship with Gase goes back decades. The pair first became acquainted while Saban was coach of Michigan State and Gase was a student. He then went to work for Saban at LSU in 2000 as a graduate assistant and then as a defensive assistant before jumping to the NFL with the Detroit Lions in 2002.

Over five seasons as an NFL head coach with the Miami Dolphins and Jets, the 42-year-old Gase posted a record of 32-48, reaching the postseason on one occasion.

The 51-year-old O'Brien spent 15 years in various roles with Brown, Georgia Tech, Maryland and Duke before joining Bill Belichick's staff with the New England Patriots in 2007 as an offensive assistant. After five years with the Pats that saw O'Brien promoted up to offensive coordinator by the time he left, he returned to the NCAA as head coach at Penn State.

Over his two seasons at the helm of the Nittany Lions, O'Brien went 15-9 (10-6 in conference play) and was named the 2012 Big Ten Coach of the Year before jumping back to the NFL with the Texans in 2014.

In parts of seven seasons with the Texans, O'Brien posted a record of 52-48, winning four AFC South titles. In four trips to the playoffs, O'Brien's Texans were 2-4.

He was fired in November following the team's 0-4 start to the season.