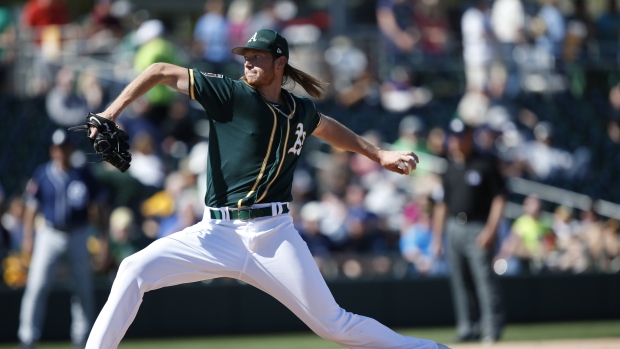 A.J. Puk is headed to The Show.

MLB.com's Martin Gallegos reports the Oakland Athletics are calling up their No. 2 prospect in time for Tuesday's series-opening game against the New York Yankees.

Source: A’s are calling up No. 2 prospect A.J. Puk. The left-hander will join the club in time for Tuesday’s series opener against the Yankees in Oakland.

The sixth overall selection in the 2016 draft out of Florida, the 21-year-old lefty has worked his way up from High-A ball to the A's Triple-A affiliate in Las Vegas this season.