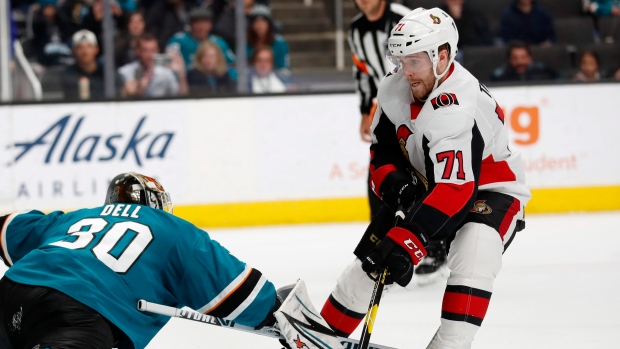 The Ottawa Senators have reached a two-year, $7 million contract with restricted free agent Chris Tierney, according to Bruce Garrioch of Postmedia.

Chris Tierney has agreed to a two-year deal. First year 2.8M Second year is 4.2M AAV is 3.5 million. #Sens like what he brings to the table as a veteran.

Tierney was scheduled to have an arbitration hearing with the team on Nov. 8.

The 26-year-old forward scored 11 goals and posted 37 points in 71 games with the Senators this past season, his second with the team after being acquired from the San Jose Sharks.