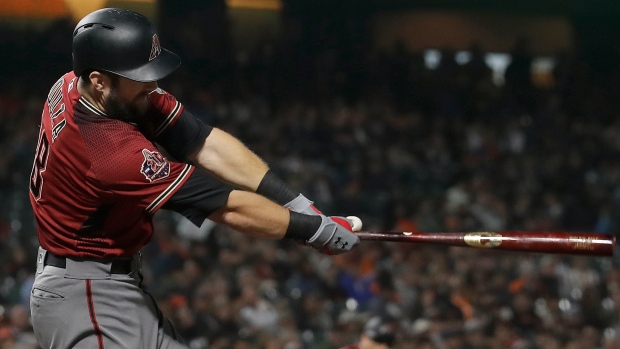 Free agent outfielder Steven Souza Jr. is close to an agreement with the Chicago Cubs, according to The Athletic's Ken Rosenthal.

Rosenthal adds the deal will be a major league contract when completed.

Souza, close to agreement with #Cubs, did not play last season after injuring his left knee in the second-to-last exhibition of the spring. He sustained a torn ACL, LCL and partial tear of his PCL and posterior lateral capsule.

Souza is coming off a major knee injury suffered on the second-to-last spring training game last year when he tore his ACL, LCL and sustained a partial tear of his PCL and posterior lateral capsule, reports Rosenthal.

Souza spent the season before with the Arizona Diamondbacks but struggled, hitting just .220 with an OPS of .679. It's a far cry from the 2017 season he enjoyed with the Tampa Bay Rays, hitting 30 home runs and driving in 78 in 148 games.

The 30-year-old made his big league debut with the Rays back in April of 2014. He is a native of Everett, Wash.