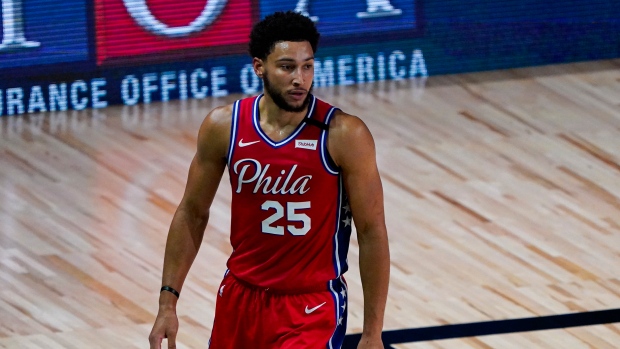 Philadelphia 76ers guard Ben Simmons is expected to miss the rest of the season after having left knee surgery to remove a loose body, according to a report by Adrian Wojnarowski of ESPN.

Ben Simmons had his left knee surgery to remove a loose body in Philadelphia today and will remain there for rehab. He's expected to miss the rest of the season.

Simmons had the procedure done in Philadelphia and is expected to remain there to undergo rehab from the surgery.

The 24-year-old exited Wednesday’s game against the Washington Wizards with a subluxation of the left patella.

On Saturday, the team announced that Simmons would leave the NBA bubble to undergo surgery.