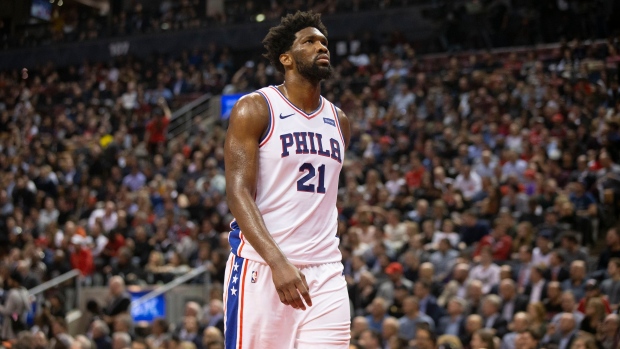 Philadelphia 76ers centre Joel Embiid (shoulder) is out for tonight's game against the New York Knicks and is still undergoing evaluations on his left shoulder sprain, according to a report by Adrian Wojnarowski of ESPN.

Joel Embiid is out tonight vs. Knicks. More evaluation on left shoulder sprain ongoing, per source.

Embiid sustained the injury in last night's loss to the Cleveland Cavaliers.

Embiid has missed 16 games this season due to various ailments. Until now, he had not missed a game in February.

Embiid is averaging 23.3 points and 11.8 rebounds in 43 games so far this season for the 76ers. He now joins fellow All-Star Ben Simmons (back) on the sidelines in Philadelphia.