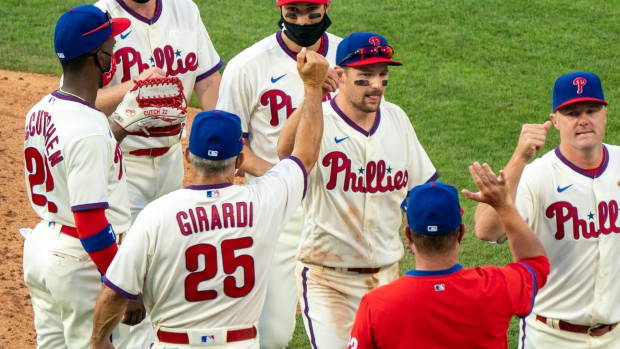 The Philadelphia Phillies will travel to New York to play two games against the Yankees, rather than their scheduled series against the Miami Marlins, according to report by Jon Heyman of MLB Network.

Not announced yet, but Phillies aren’t going to Miami next Tuesday and are instead going to NY to play the Yankees for 2 then returning to Philly for 2, also vs. Yankees. Miami schedule remains undetermined.

The Phillies and Yankees will then complete the series with two games in Philadelphia.

The Miami Marlins schedule is still unknown after their games were postponed following a COVID-19 outbreak among their players and staff.

The Phillies were playing the Marlins when the outbreak occurred and have been awaiting a series of negative tests before resuming their season.

They were scheduled to meet the Toronto Blue Jays over the weekend, but that series was postponed after a coach and a member of the home clubhouse staff tested positive.