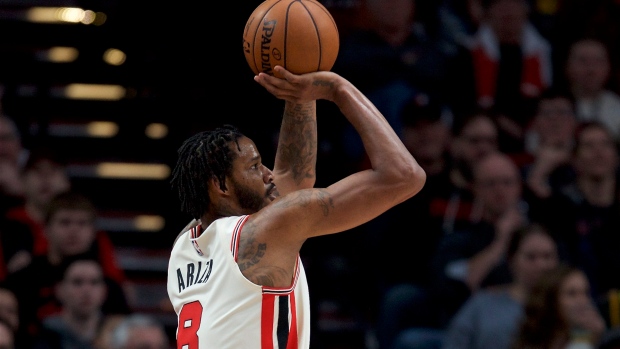 Portland Trail Blazers forward Trevor Ariza will opt out of the NBA’s restart to commit to a one-month visitation window with his son, according to a report by Adrian Wojnarowski of ESPN.

Portland Trail Blazers forward Trevor Ariza is opting-out of participation in the NBA’s Orlando restart of the season, committing instead to a one-month visitation window with his young son, sources tell ESPN.

Ariza has been involved in a custody case over his 12-year-old son, according to the report.

The 34-year-old appeared in 21 games this season for the Trail Blazers averaging 11.0 points and 4.8 rebounds a game after a January 21 trade with the Sacramento Kings.

The NBA plans to restart the season with 22 teams playing at the Disney facility in Orlando.

The Trail Blazers will be permitted to sign a replacement player for Ariza.