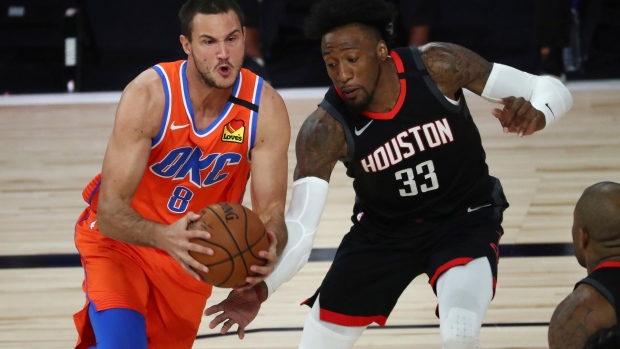 The Rockets are finalizing a trade to send Robert Covington to Portland for Trevor Ariza, a 2020 first-round pick and a 2021 protected first-round pick, sources tell ESPN's Adrian Wojnarowski.

The Blazers are sending Houston the 16th pick in Wednesday's NBA draft and another future first-round pick, sources said. The deal can't be finalized until after Wednesday's draft.

Covington was part of the four-team, 12 player deal that brought Clint Capela to the Atlanta Hawks last February. He came from Minnesota in one of the NBA's most expansive trades in nearly 20 years that also saw the Timberwolves acquire two first-round picks, including Houston's 2020 pick, which they moved on to the Denver Nuggets for guard Malik Beasley and forward Juan Hernangomez.

The 6-foot-7 Covington has become one of the NBA's top defenders and has averaged 12.7 points and 5.7 rebounds in his seven NBA seasons with three teams.