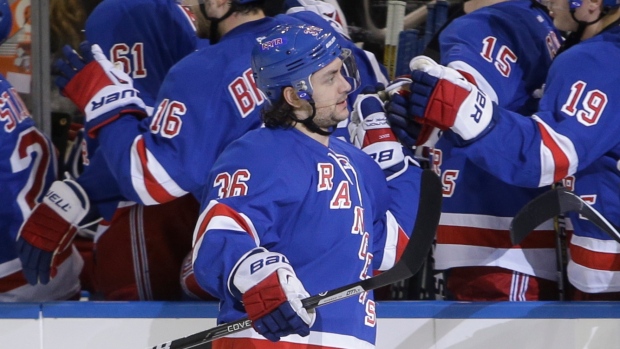 The New York Rangers have agreed with forward Mats Zuccarello on a four-year, $18 million contract.

There is a full no-trade clause in the first year of the contract.

Zuccarello has scored 12 goals and 23 assists in 59 games so far this season and was a playoff standout last year (five goals, eight assists, 20 penalty minutes in 25 games) as the Rangers made it to the Stanley Cup Final.

The five-foot-seven winger signed a one-year deal prior to this season worth $3.5 million.

He was originally signed as an international free agent by the Rangers in 2010. In 203 career games with the Rangers, Zuccarello has scored 42 goals and 86 assists.

The NHL's all-time leader in points by Norwegian-born players, he has represented his country multiple times internationally, most notably at the 2010 and 2014 Olympic Games.