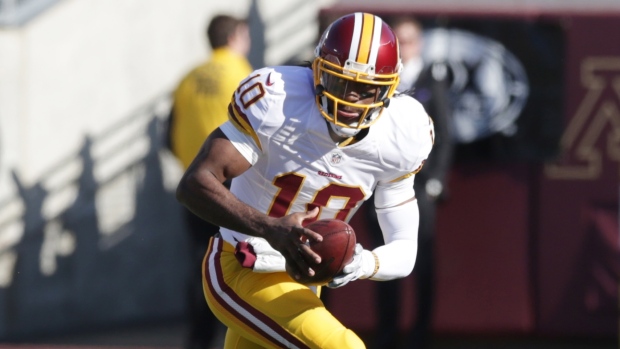 As many as 700 players will be cut around the NFL Saturday as teams pare their rosters down to the required 53 ahead of the regular season, but Robert Griffin III won't be one of them.

According to a report from ESPN, Griffin will not be cut by the Washington Redskins, and will enter the season as a backup to new starter Kirk Cousins.

After Griffin lost his starting job to Cousins three weeks into the preseason, there was speculation the Redskins would cut bait with the former second overall pick entirely, but that isn't the case, at least for now.