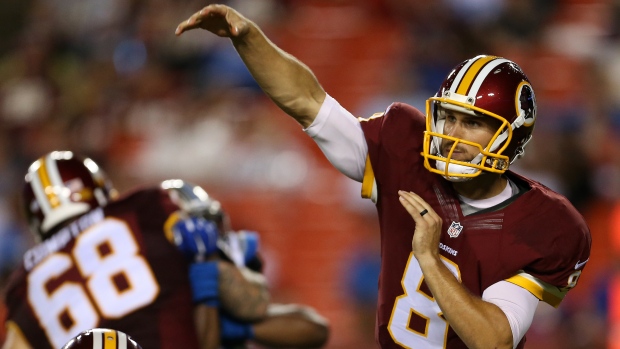 Kirk Cousins is the starter for the Washington Redskins.

Redskins coach Jay Gruden said Monday Cousins will open the year against the Miami Dolphins and be the starter 'for the 2015 season.'

Cousins has been picked over Robert Griffin III, who had been anointed the starter earlier this offseason.

Griffin was intially slated to start Saturday's exhibition game against the Baltimore Ravens, but was ruled out because of a concussion, reversing an earlier decision to let him play.

In a statement released Friday by the Redskins, NFL independent neurologist Robert Kurtzke is quoted that Griffin "should be held from game play this weekend and be retested in one (to) two weeks before a firm conclusion to return to game play can be made."

Cousins was sharp against the Ravens, completing 20 of 27 passes for 190 for one touchdown with one interception.

Prior to Griffin's lastest injury, head coach Jay Gruden had insisted Griffin remained the starter, despite seemingly being outplayed in the preseason.

Cousins started five games in place of Griffin last season, completing 126 of 204 passes for 1,710 yards with 10 touchdowns and nine interceptions. Cousins was selected in the fourth round of the 2012 draft, three rounds after the Redskins selected Griffin.