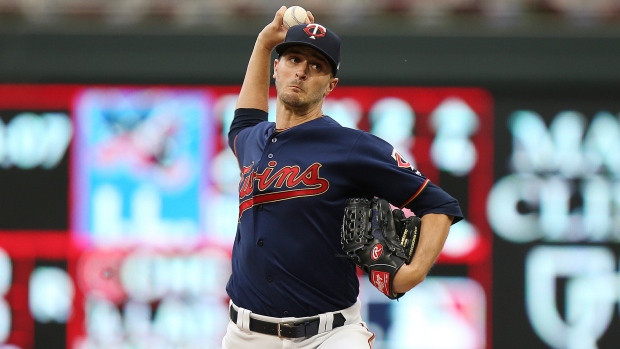 Starter Jake Odorizzi did not dip his toe into free agency after all.

Hours after The Athletic's Ken Rosenthal reported that the 29-year-old right-hander was seriously considering accepting his qualifying offer from the Minnesota Twins, Odorizzi did just that, taking the one-year, $17.8 million offer.

Rosenthal reported that Odorizzi's thinking would be to accept the offer and then re-enter free agency next off-season when the starting pitching class isn't as robust.

Odorizzi is coming off of a one-year, $9.5 million deal.

He becomes the eighth player under the current system to accept his qualifying offer in the past seven years.

Abreu recorded yet another strong season in 2019 with the Chicago White Sox, hitting .284 with 33 home runs and a league-leading 123 RBI.

Those numbers have been about average for Abreu since signing with the White Sox out of Cuba in October of 2013.

Abreu has three All-Star Game nods, two Silver Slugger Awards and a Rookie of the Year title in his trophy case thus far.