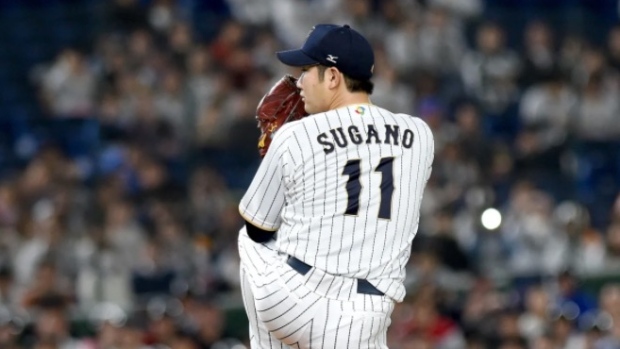 Tomoyuki Sugano will not be headed to the Toronto Blue Jays. In fact, he won't be coming to Major League Baseball at all.

ESPN's Jeff Passan reports the 31-year-old hurler did not come to an agreement with any team before his posting window expired at 5pm et on Thursday and he will return to the Yomiuri Giants of the NPL for 2021.

Japanese star Tomoyuki Sugano did not come to an agreement on a contract with a major league team before his posting window expired and will return to Nippon Professional Baseball for 2021, sources tell ESPN. He will be eligible to come to MLB as a free agent before 2022 season.

The Jays were widely reported to have been in contact with Sugano's representation, along with the San Diego Padres and Boston Red Sox.

He had reportedly been seeking a similar deal to the four-year, $56 million contract countryman Yusei Kikuchi signed with the Seattle Mariners in 2019.

Sugano's existing four-year contract with the Giants has opt-outs after each season, meaning that the Kanagawa native can sign as a free agent with an MLB team ahead of the 2022 season.