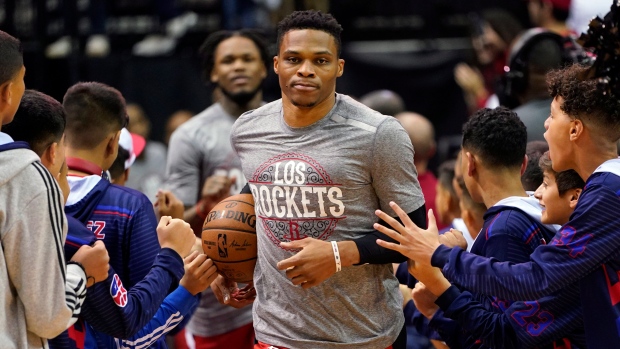 Russell Westbrook wants out of Houston, according to Shams Charania of The Athletic.

The report comes the same day of another report that said Westbrook and James Harden expressed concern about the direction of the franchise through direct conversations or discussions with their representatives and the Rockets' front office.

Despite the earlier report, Harden remains committed to the Rockets and is "locked in" for the season, Charania added.

Westbrook just wrapped up his first season with the team after being acquired during the 2019 off-season.

The point guard is under contract for at least two more seasons and has a player option worth $47.1 million for 2022-23.