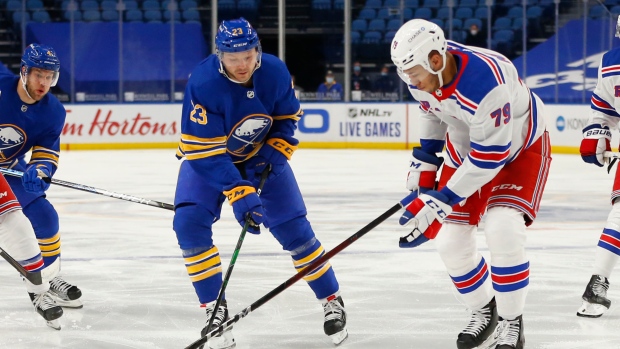 Buffalo Sabres forward Sam Reinhart did not skate at Friday's practice and is day to day with an upper-body injury, according to Sabres head coach Ralph Krueger.

Krueger said Reinhart is day-to-day upper-body and make that call tomorrow morning. Jokiharju looks initially good and was testing him today and it looks like all defensemen will be available.

Reinhart, 25, recorded a goal and an assists in Thursday's overtime loss to the New York Rangers. The West Vancouver native was drafted second overall by the Sabres in the 2014 NHL draft and has recorded six points in eight games this season. In 408 career games, Reinhart has recorded 112 goals and 149 assists.