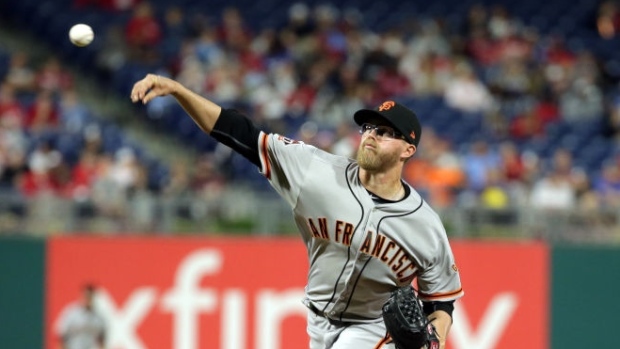 Right-hander Pierce Johnson has agreed to a two-year, $5 million with the San Diego Padres according to ESPN's Jeff Passan.

Right-hander Pierce Johnson is in agreement with the San Diego Padres on a two-year, $5 million deal with a club option for a third year, sources tell ESPN. Johnson, 28, was absolutely dominant for the Hanshin Tigers in 2019 and returns to MLB a year later on a multiyear deal.

Passan adds the deal carries a club option for a third season.

Johnson, 28, was very effective last season with Japan's Hanshin Tigers, posting a 1.38 ERA in 58.2 innings over 58 games. He went 2-3 with a 5.44 ERA in 44.2 innings pitched in two seasons for the San Francisco Giants before going overseas.

Johnson was selected in the first round in 2012 by the Chicago Cubs and found his fastball in Japan by optimizing his spin rate, reports Passan.

"He and Joely Rodriguez are showing Japan has become a legit place to go for player development," Passan wrote on Twitter Monday.

Pierce Johnson always had a good breaking ball, dating back to his time with the Cubs, who took him in the 2012 first round. He really found his fastball in Japan, optimizing the spin. He and Joely Rodriguez are showing Japan has become a legit place to go for player development.

Rodriguez signed a two-year, $5.5 million deal with the Texas Rangers earlier this month.