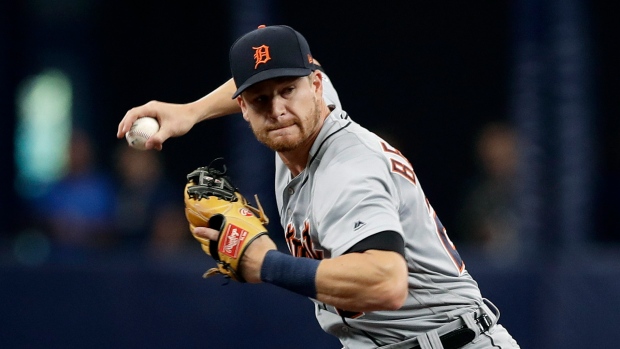 SAN DIEGO — The San Diego Padres have agreed to minor league deals with outfielder Juan Lagares and infielder Gordon Beckham, a person familiar with the agreements told The Associated Press.

The person spoke on condition of anonymity Tuesday night because the deals have not been announced and are pending physicals.

Lagares will compete for the centre field job vacated when Manuel Margot was traded to Tampa Bay for reliever Emilio Pagán. Trent Grisham, obtained in a trade with Milwaukee, appears to be the front runner for centre field, and Franchy Cordero also will be in the mix.

Beckham, 33, was with Detroit in 2019, hitting .215 with six homers and 15 RBIs. He started at all four infield spots, making 56 total starts. He also became a free agent after the season.

Pitchers and catchers report to Peoria, Arizona, on Wednesday, while position players report on Monday. The first full-squad workout is next Tuesday.