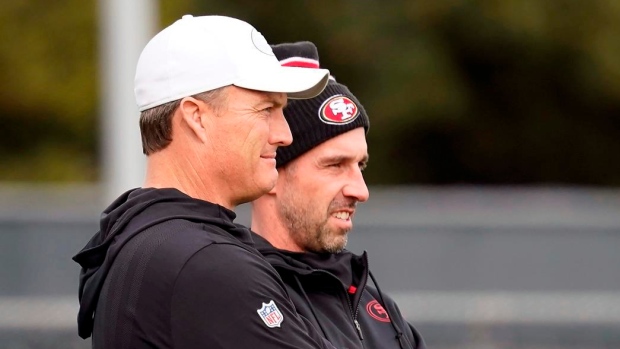 The San Francisco 49ers have agreed to terms on a multi-year contract with general manager John Lynch, per NFL Network's Mike Garafolo.

Kyle Shanahan and John Lynch now locked up together through 2024. The #49ers gave both six-year deals out of the gate because they wanted to show stability was coming. It’s here to stay now.

Garafolo reports that the 48-year-old Lynch's deal is expected to span five years.

Lynch, who began serving as the 49ers GM in 2017, is coming off a 2019 campaign in which his team finished the regular-season with a 13-3 record before ultimately reaching the Super Bowl but falling to the Kansas City Chiefs in the big game. The 49ers have gone 23-25 overall during Lynch's tenure.

Prior to joining the 49ers, Lynch worked as a broadcaster for several years after retiring from the NFL. As a player, Lunch split his 15-year career (1993-2007) with the Tampa Bay Buccaneers and Denver Broncos, with 11 of those seasons played with Tampa Bay. He was selected to nine Pro Bowlers over his career and is a member of the Buccaneers Ring of Honour.

In June the 49ers signed head coach Kyle Shanahan, who also joined the team in 2017, to a contract extension.