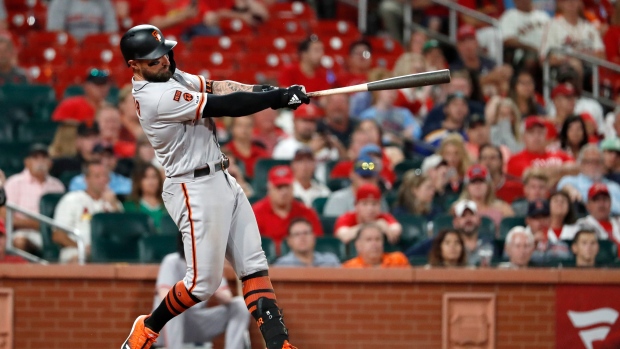 Kevin Pillar is a free agent.

The San Francisco Giants have non tendered Pillar, according to the MLB Network's Jon Heyman.

The 30-year-old was projected to make $9.7 million in arbitration this winter, but by non tendering him, the Giants have made him a free agent.

The former Toronto Blue Jays center fielder had a .264 batting average and 87 runs batted in with San Francisco this year.

Pillar spent parts of seven seasons in Toronto before being traded just five games into the 2019 season.