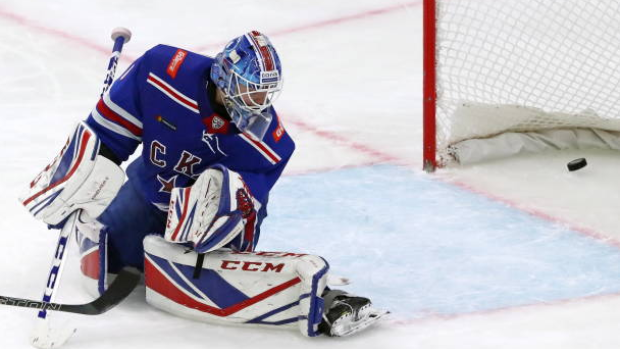 "Alexei was being pursued by a number of teams and we're pleased that he decided to join the Sharks," general manager Doug Wilson said. "He has a unique blend of athleticism and technical play and has impressed at each level he has advanced. This past season he has proven that he can more than hold his own amongst players much older than he and we are excited for him to work with Evgeni Nabokov and our development staff."

Handemark, 26, skated in 52 games for the Malmo Redhawks this season, posting 14 goals and 38 points.

"Fredrik is a well-rounded player who can play in all situations and ranks as one of the top faceoff centers in Europe dating back to his time in juniors," said Wilson. "He is a powerful skater with high character and leadership qualities having been the captain for the Malmo Redhawks the past three seasons and has played well the last few years at the National level. We are happy to have him join our organization."