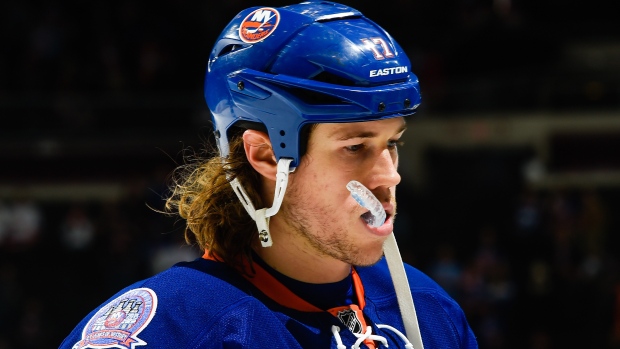 A market appears to be forming for New York Islanders grinder Matt Martin.

According to Arthur Staple of Newsday, six teams have reached out to Martin's camp, including the Calgary Flames, Montreal Canadiens and Toronto Maple Leafs.

Staple notes the New York Rangers also reached out to Martin, but his ask of $12 million over a four-year span doesn't fit their cap situation.

The 27-year-old scored 10 goals and added nine assists in 80 games with the New York Islanders last season. He also led the NHL hits with 365 and racked up 119 penalty minutes.

He is set to become an unrestricted free agent on July after completing a two-year, $2.4 million deal.