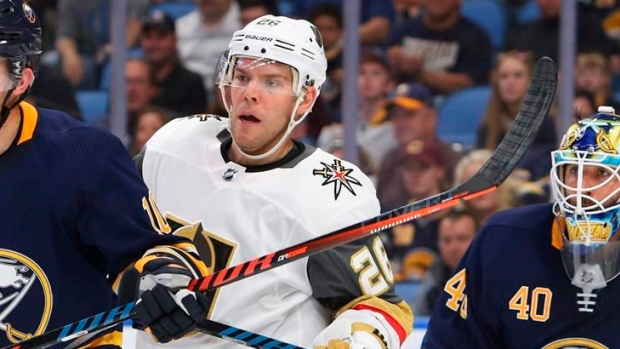 Paul Stastny might not be back any time soon.

According to head coach Gerard Gallant, some believe Stastny's injury will be a two to three month timeline, or, in any case, multiple months or month to month.

This news comes via update from VGK head coach Gerard Gallant. Some believe Stastny’s injured knee could be a two-to-three month timeline. In any case, multiple months or month to month. Take your pick. https://t.co/6LgPv9aNmB

Gallant said last week that Stastny was injured in the Vegas Golden Knights' matchup with the Buffalo Sabres earlier in the season.

He is pointless in three games so far this season after inking a three-year, $19.5 million deal with Vegas on July 1.

In 82 games last season split between the St. Louis Blues and Winnipeg Jets, Stasty had 16 goals and 37 assists.

The Golden Knights will be back in action Tuesday at home against the Buffalo Sabres.