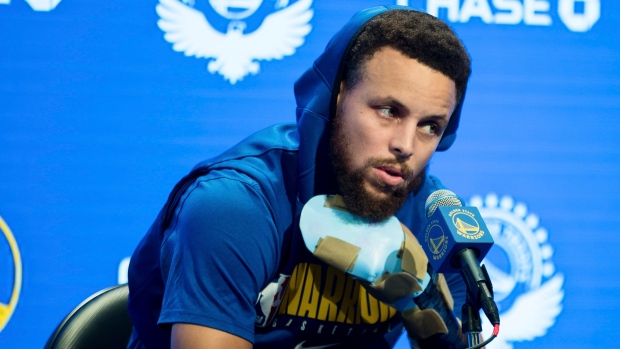 SAN FRANCISCO — Stephen Curry is aiming to return to the Golden State Warriors lineup on Sunday for the first time sine breaking his left hand in October.

Coach Steve Kerr said Tuesday that the hope is that Curry will be able to play against Washington. Curry has been practicing in recent weeks and will be re-evaluated on Saturday before a final decision is made.

"He's had that date in his mind," Kerr said. "He'll continue to work this week and we'll make that determination on Saturday."

Curry hasn't played since breaking his left hand on Oct. 30 against the Phoenix Suns. The Warriors (12-45) have the worst record in the NBA this season after making five straight trips to the NBA Finals.

Curry has played only four games and Klay Thompson has missed the entire season recovering from a serious knee injury.

Kerr said he wants Curry to get time to play with recently acquired forward Andrew Wiggins down the stretch to help make for a smoother transition next season.