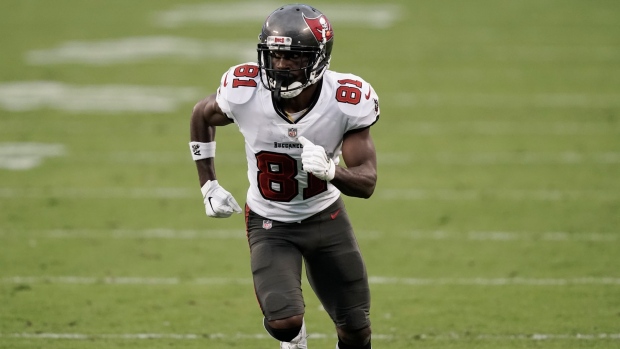 #Bucs WR Antonio Brown, who injured his knee and underwent an MRI following the game, did not suffer a serious injury, sources say. He’s considered day-to-day in preparation for the NFC Title Game vs the #Packers.

Brown had an MRI following Sunday's win over the New Orleans Saints but it's believed he did not suffer a serious injury.

He caught just one pass for 10 yards and did not have any rushing attempts in the victory.

The 32-year-old caught 45 passes for 483 yards and four touchdowns in eight regular season games since joining the team in Week 9.