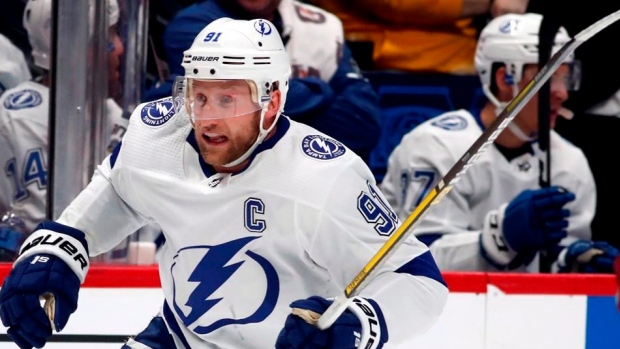 According to The Athletic's Joe Smith, Tampa Bay Lightning forward Steven Stamkos had surgery on Wednesday to repair an abdominal core muscle. He is expected to make a full recovery before the start of the 2020-21 season.

UPDATE: #tblightning captain Steven Stamkos underwent a surgical repair this past Wednesday, performed by Dr. Michael Brunt in St. Louis, to repair a left-sided lower abdominal core muscle injury. Team expects Stamkos will make a full recovery prior to the start of next season.

Stamkos did not play in the playoffs minus an appearance in Game 3 of the Stanley Cup Finals, where he scored a goal on his first shot and played 2:47. He did not play after the first period and did not dress for the rest of the series as the Lightning went on to win the franchise's second-ever Stanley Cup.

The 30-year-old underwent core muscle surgery on March 2 and joined his teammates for voluntary training sessions in July as part of the NHL's Return to Play but setbacks kept him out of the lineup.

Drafted first overall by the Lightning at the 2008 NHL Draft, Stamkos is a six-time NHL All-Star and has won the Maurice "Rocket" Richard Trophy as the league's goal-scoring leader twice (2010, 2012).