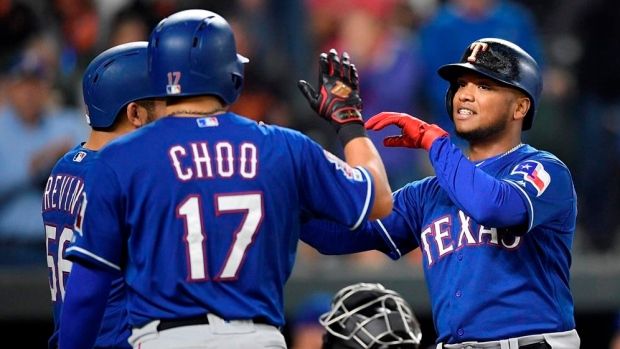 As the Texas Rangers get set to open a shiny new ballpark in 2020, they could be bringing some top-end talent with them.

General manager Jon Daniels told Evan Grant of the Dallas Morning News that the Rangers are expecting to increase their payroll this winter and would be open to making a run at top free agents.

Grant adds the Rangers have been in touch with "just about everybody" on the free agent market, including starter Gerrit Cole and third baseman Anthony Rendon, players at two positions Grant notes the Rangers are shopping for.

“The last couple of years, we really haven’t explored it,” Daniels said. “We didn’t feel it was the right time. This year, we are going to look at everything. Our goal is to get better, period. There are a couple of spots more [available] than others. We have signed [top free agents] before and at some point I have to suspect we will again.”

Cole and Rendon rank numbers one and two, respectively, on TSN's top 50 MLB free agents list and are expected to be pursued by multiple teams. For instance, Cole has been heavily connected to the Los Angeles Angels, who are reportedly looking to spend big this winter and play about half an hour from where Cole grew up in Newport Beach, Calif.

After back-to-back playoff appearances in 2015 and 2016, the Rangers have missed the postseason three years in a row. Chris Woodward took over as manager of the club last season, leading the team to a 78-84 finish.