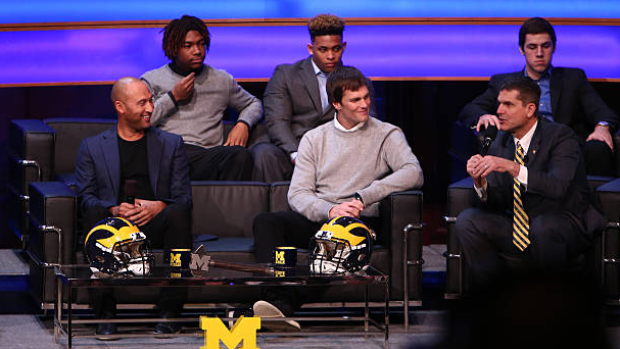 According to the Tampa Bay Times, Tom Brady will be leasing his new home in Florida from New York Yankees legend Derek Jeter.

Jeter's 30,000-square-foot home is a waterfront property on Davis Islands, located roughly 20 minutes from Raymond James stadium. According to the Times, the mansion has seven bedrooms and nine bathrooms.

The 42-year-old Brady will be looking to guide the Buccaneers to the postseason for the first time since 2007. Brady has missed the playoffs just twice in his NFL career, in his second season in 2002 and when he tore his ACL 2008.