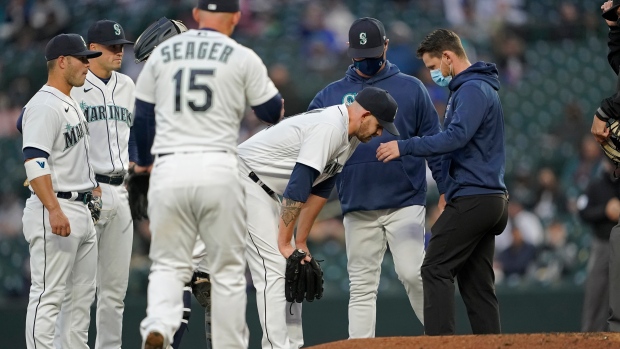 Tommy John surgery has been recommended for Canadian Seattle Mariners left-hander James Paxton, according to the MLB Network's Jon Heyman.

Tommy John surgery has been recommended for James Paxton. Would miss the year snd be back in 2022.

This would sideline him for the entire 2021 season and likely bring him back at some point in 2022.

The Ladner, B.C., native left his start on Tuesday with an apparent arm injury and was placed on the 10-day IL with a forearm issue.

Paxton signed a one-year, $8.5 million deal to return to the Mariners in the off-season after spending two seasons as a member of the New York Yankees.