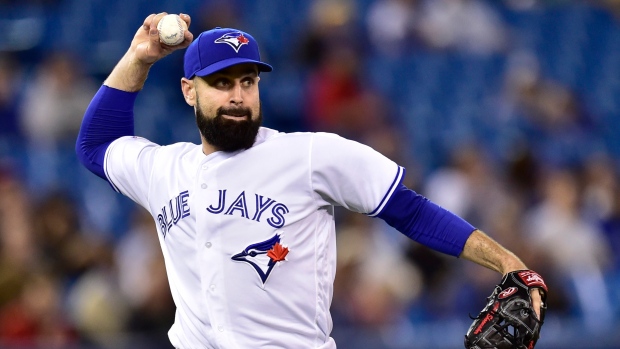 Matt Shoemaker and the Toronto Blue Jays will not be headed to arbitration.

MLB.com's Mark Feinsand reports that the team and the 33-year-old right-hander settled at $4.2 million.

Signed as a free agent last off-season, Shoemaker starred early on the Jays, but saw his season end on April 20 when he tore his ACL during a rundown.

A native of Wyandotte, MI, Shoemaker is heading into his eighth MLB season, having spent the first seven years of his career with the Los Angeles Angels.